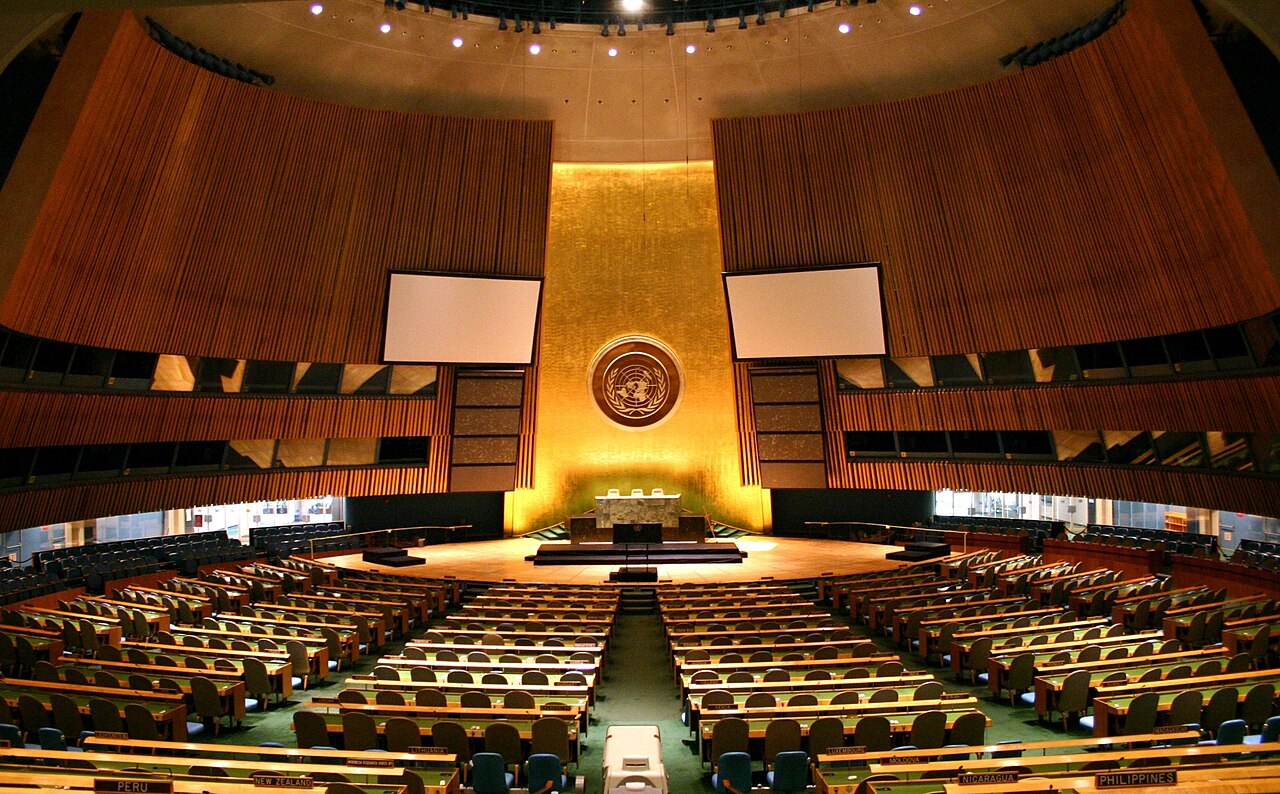 While speculation about Palestinian Authority leader Mahmoud Abbas’s speech to the UN General Assembly continues, the trends unfolding on the sidelines are indicative of increasing restrictions, to the point that it will no longer be plausible to claim the UN podium to make the case for Palestinian rights. After all, the UN’s motives are procured from the interests of countries that sustain its role, while Abbas remains cornered into concessions as per the game plan that started with the Oslo Accords.

More than a year after the frenzied speculation over US President Donald Trump’s incongruous comments about his vision of a purported solution in Palestine-Israel, it is now confirmed that the US is sticking to the two-state paradigm. “I like the two-state solution,” Trump told reporters during a joint press conference with Israeli Prime Minister Benjamin Netanyahu. Palestinians, he said, with reference to the PA, will be “coming back to the table” for negotiations.

Meanwhile, Israeli opposition leader Tzipi Livni met Abbas in New York. She urged him to renew negotiations with the US to achieve a “demilitarised Palestinian state alongside Israel, not because of the US’s punishments and the budgetary reductions but in spite of them, even if you have feelings of anger and you don’t agree with the conditions.” Read more.