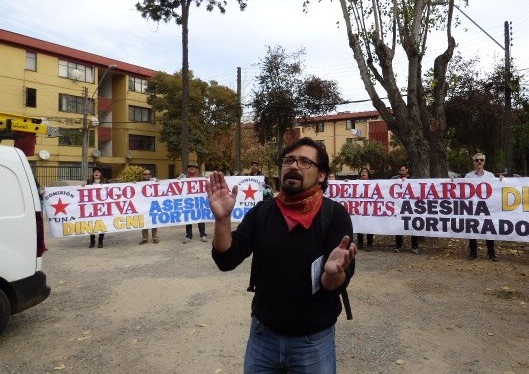 The return of the right wing to power in Chile has come at the expense of those still seeking justice for crimes committed during the 17-year U.S.-backed dictatorship of Augusto Pinochet, which ended in 1990.

Former President Michelle Bachelet’s failure to close the luxury five-star prison of Punta Peuco that houses ex-torturers and military agents convicted of crimes against humanity has led to repercussions during the first year of Sebastian Pinera’s presidency.

Over the years, the Chilean military has lobbied for “understanding” the context in which torture and disappearances occurred, in order to procure release for convicted agents of the dictatorship. In August, seven were granted conditional release, prompting an outcry among Chileans. Raul Meza, a lawyer who represents torturers imprisoned in Punta Peuco, has stated that he will appeal for the conditional release of a notorious torturer, Miguel Krassnoff Martchenko, who is serving over 500 years for crimes against humanity.

With no support from the government, relatives are running out of time to obtain information about the disappeared. The transition to democracy in Chile has remained tethered to Pinochet’s constitution, which has sparked ongoing protests to preserve social or collective memory.

Since 1999, an organization called Comisión Funa has been committed to seeking justice for those whose human rights were violated during Pinochet’s dictatorship. It has developed a distinct form of protest that directly challenges impunity backed by both the government and the military. Their approach involves exposing dictatorship criminals at their residencies or place of work and incriminating them within Chilean society. Read more.