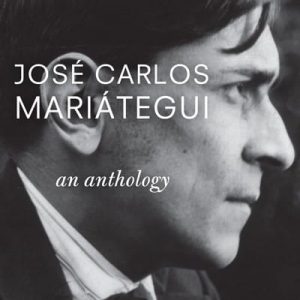 This anthology provides an illuminating insight into the writings and philosophy of Peruvian thinker and journalist, Jose Carlos Mariátegui. A pioneer for more contemporary thinkers such as Ernesto Che Guevara, and analyst of continuous struggles such as the Indigenous “problem,” Mariátegui sought to rethink Marxism in a manner which would provide Peru and Latin America with its own Marxist reality. Mariátegui’s non-dogmatic thought transcends history to reflect current reality.

Mariátegui’s socialist orientation was visible by age 16, despite the fact that his writing exhibited none of the Marxist thought of his later literature. However, he supported revolutionary demands of students and workers. Peruvian dictator Augusto Leguía exiled him to Europe in 1919, bringing Mariátegui into contact with Benedetto Croce, an Italian communist whose work is extensively reflected upon in the writings of Antonio Gramsci. Upon returning to Peru in 1923, Mariátegui declared himself a Marxist. He was imprisoned twice by the Leguía dictatorship, without being convicted on any crime. His support for organizational struggle and strike action was described as subversive, at a time when the Peruvian government depended on foreign economic interests. Read more.